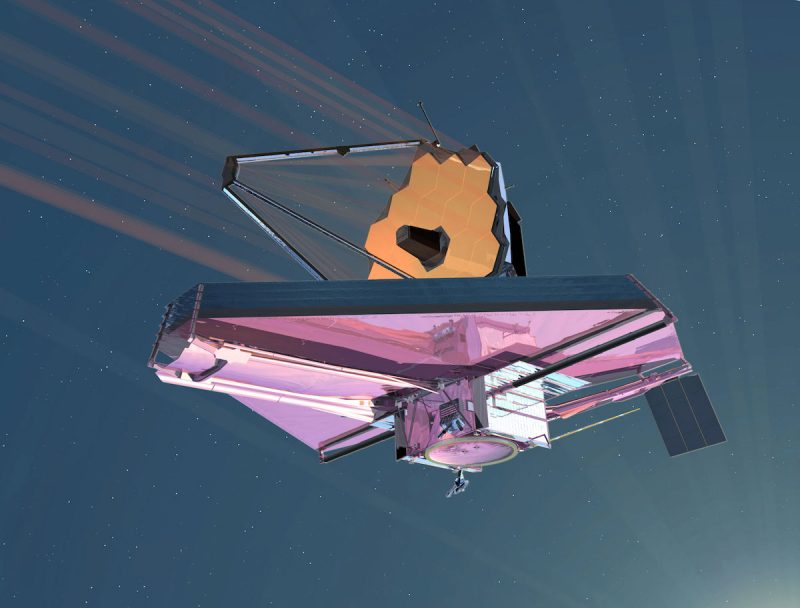 Still cruising toward its operating orbit nearly a million miles from Earth, the $10 billion James Webb Space Telescope completed a transformation into its final dimension Saturday with the last of some 50 post-launch deployments, the unfolding of the observatory’s 21.3-foot (6.5-meter) primary mirror.

Mission controllers at the Space Telescope Science Institute in Baltimore, Maryland, confirmed the starboard, or right-side wing of Webb’s primary mirror had folded into place at 10:28 a.m. EST (1528 GMT) Saturday. The milestone occurred 14 days, 3 hours, and 8 minutes after the mission’s launch Dec. 25 from French Guiana aboard a European Ariane 5 rocket.

A few hours later, ground teams announced the mirror wing had fully latched into place, prompting high-fives, applause, and cheers among the control team in Baltimore, all wearing face masks amid a wave of worldwide coronavirus infections.

The unfolding of the starboard wing Saturday followed a similar series of events Friday with the port-side mirror wing. Each folding appendage holds three of Webb’s 18 hexagonal primary mirror segments, while 12 of the mirror sections are mounted to the fixed central structure of the telescope.

“Today has been a really remarkable day,” said Bill Ochs, NASA’s Webb project manager, in a press briefing Saturday. “We still have about five-and-a-half months of commissioning left, but the last two weeks have been truly amazing … The success of the last two weeks is truly a tribute to the people of the JWST program. Their diligence and passion for JWST is second to none.”

The mirror deployment capped 14 days of deployments since Webb’s launch, when it was folded up like an origami inside the Ariane 5 payload fairing.

Webb deployed its solar panel moments after separating from its launcher, and then folded open a high-gain antenna to improve communications with ground teams on Earth.

On New Year’s Eve, controllers uplinked commands for Webb to extend two booms from each side of the spacecraft. The booms pulled out the five-layer sunshield like a blanket until it reached its full size, roughly equivalent to the area of a tennis court. The deployment plunged the telescope’s mirrors into permanent darkness, allowing temperatures to begin dropping down to Webb’s operating conditions.

Last week, ground teams monitored the careful tensioning of all five layers of the sunshield. Each membrane, as thin as a human hair, is made of kapton and treated with aluminum to reflect heat.

Webb’s secondary mirror support structure deployed on a tripod-like apparatus Wednesday, Jan. 5, and a radiator opened on the back side of the observatory’s instrument module Thursday, clearing the way for the final primary mirror wing deployments Friday and Saturday.